This post, I hope, is a very special treat featuring 80 + classic home furnishings!

Not too long ago, I received the most darling email from a reader named Patti. And this note was the spark that I needed to develop today’s topic about classic and timeless home furnishings.

Although, “classic home furnishings” is the over-riding theme of this entire body of blog posts, I’ve never actually put a list this large in one place.

I want to say thank you for everything that you’ve shared with me (and others). I’m one of those people who took a little longer to discover my unique style (I’m 52). But, I guess, that’s partly because I’m notoriously thrifty and love a “good deal.”

However, I’ve come to learn that a good deal for me is actually something that I guess one would call classic home furnishings. (are those the same thing??)

And, that I won’t have to replace, because the quality is poor or the items are so darn trendy that we all get sick of it quickly.

Anyway, we recently moved into our dream home, and I know I want to decorate in a way that truly expresses who we are.

To that end, I did an internet query where I began the search for “my style.” You might not think I’d have to get help with that, but I do. And, I like to think that what I love are classic and timeless home furnishings too! 😉

Luckily, your blog was one of the first things I came across. And, what a find it’s been! Your pictures are gorgeous, your advice is sooo helpful, and your humor aligns with my own. So, I find myself laughing out loud at times.

And please know, I’m not writing to you to get advice or ask for a paint color or anything like that.

Thank you. I very much appreciate that. :]

You’ve already given so much to me, and you seem like a friend (not in a psycho stalker way, though!) 😉 So, I want to take a few minutes to say– THANK YOU!

It’s only “stalking” when one is annoying to the stalk-ee. Otherwise, it’s following, investigating, or research. Haha!

Thank you, too, for being willing to spend the time working on this blog, and thank you for sharing your talent, insight, and experiences! I love your blog, and I especially love the search box! Lol!

I hope you have a lovely week! Thank you again for adding beauty to my life and developing my unique style along the way!!

Thank you so much, Patti! I so appreciate the kind feedback!

But, let’s jump into the timeless and classic home furnishings because there’s a lot to see and discuss.

I actually created a list on a separate notepad so that I wouldn’t forget anything. But of course, it’s inevitable to leave many things out. In a bit, there’s going to be a super beautiful (well, I think so) widget filled with some of my favorite timeless and classic home furnishings. Some you’ve probably seen, but there are about 20 items I’ve never published before.

Classic can mean different things in terms of home furnishings, but a great place to begin is with the origins of classic design.

And that is Greece and Rome. This is an excellent post that explains a lot about that.

Anything that is created in that manner after that, the classical Greek and Roman period is referred to as neo-classical. The hey-day of the neo-classical period was in the late 18th century into the early 19th century. There are different terms you’ll hear, such as: All of these terms are part of the neo-classical period.

What about HOLLYWOOD REGENCY, Laurel?

Well, that’s a 20th-century style that incorporates mid-century with Chinoiserie and tropical themes one would’ve found during the mid-century Hollywood heyday. 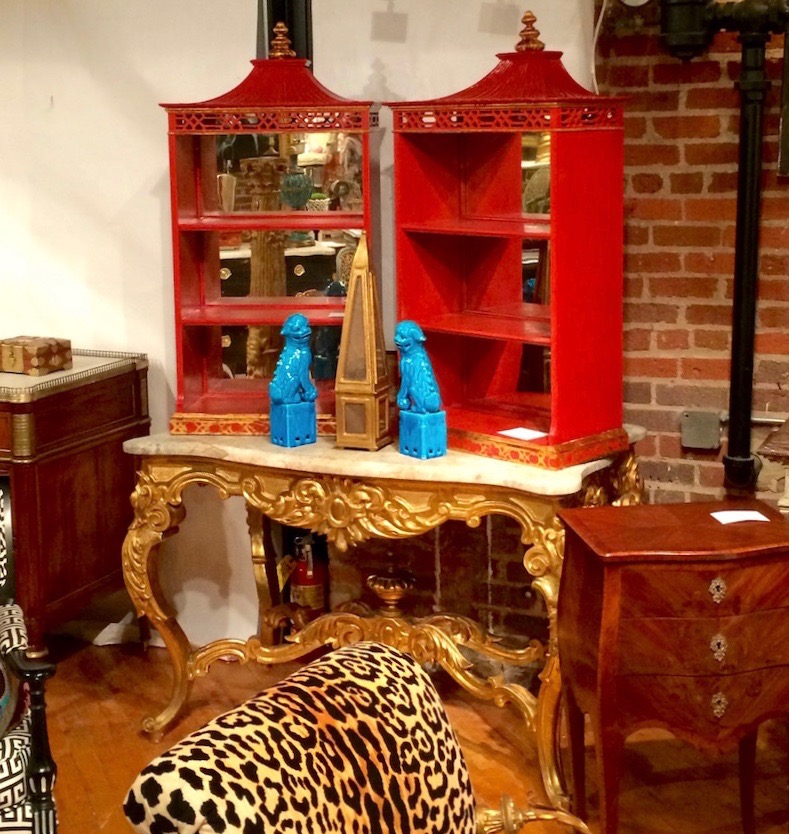 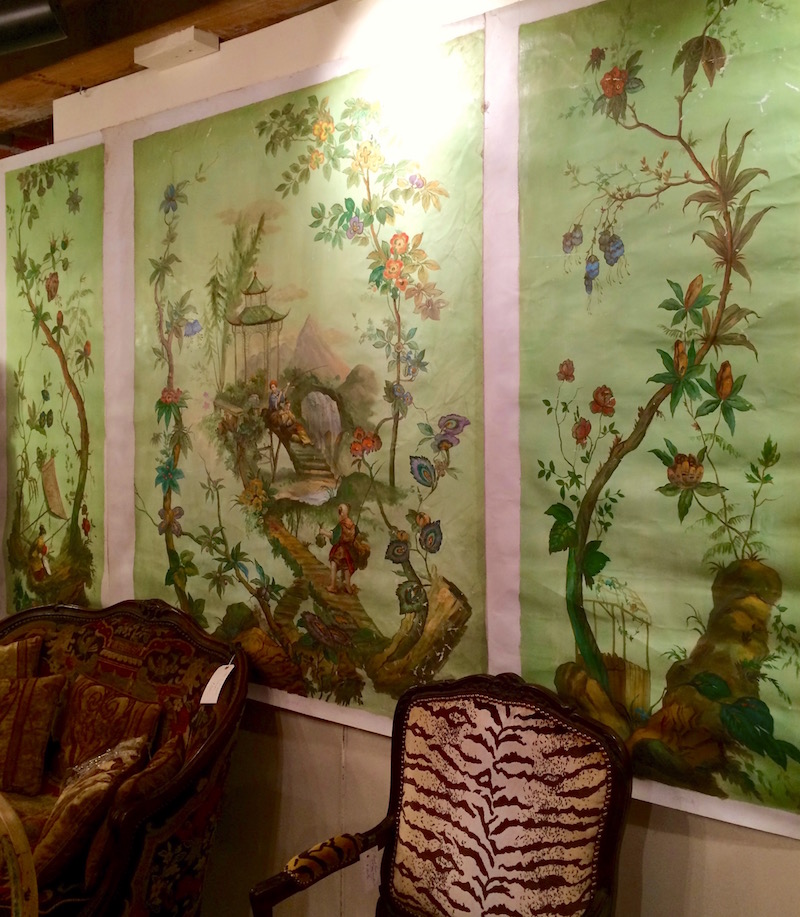 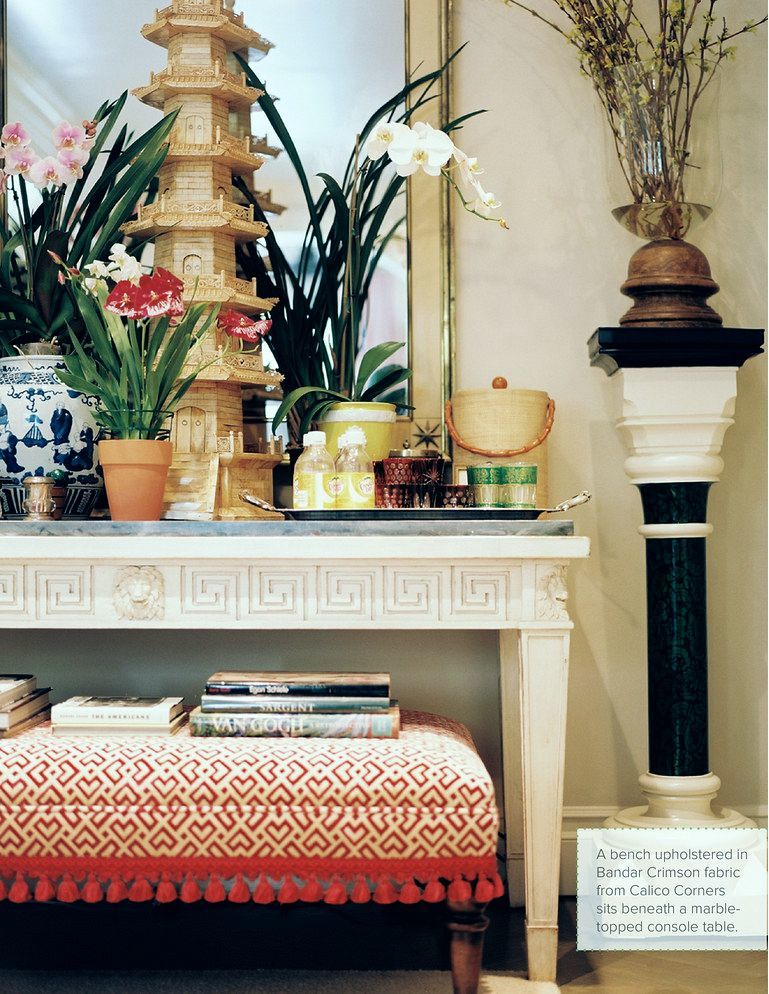 Neo-classical furnishings were also inspired by exotic lands in the east, from Greece to Egypt, India, China, and Japan.

And, it was during the 18th century that the term Chinoiserie was coined. Chinoiserie was as wildly popular then as it is now. This is much like the renewed popularity of composers like Mozart (click here if you’d like to check out some gorgeous Mozart music), who was also a part of the neo-classical period concurrent with architectural and design styles.

Therefore, anything created in this period. OR, a faithful contemporary reproduction is, in my opinion, timeless. And that includes all of the architectural elements of the period.

For more about classical architectural elements, please check this post out.

This time in history is the basis for all classical architecture and design.

There was a resurgence of the neo-classical style in the early 20th century. This is known as the Beaux-Arts style. One of the finest examples of that period is the New York Public library at 42nd and 5th in New York City. The Bronxville home I was privileged to work on was built around 1910 and embodied the neo-classical Beaux-Arts style with its perfect proportions and classical design elements throughout the home. That is an excellent question. Thank you for asking. ;]

The problem is that there are well-meaning folks, I’m sure (well, actually, I’m not sure), who design home furnishings. Sometimes it appears that they’ve just made up some weirdtastic thing. Other times it appears that they have taken the classical designs and either made something up that should not be there; or, they took the basic idea and blew it up to be about 30% larger than it should be.

And/or, the proportions are bad.

In short, it’s wrong. It’s not in any way classical.

The thing is… Many people don’t realize that it’s wrong because there is a glut of bloated, badly proportioned, flabby furniture prevalent in the marketplace.

In the widget, I include much furniture that is in the manner of the 18th-century neo-classical style. None of it is that old, although many of these pieces are antiques. If you don’t already know, if a piece of furniture was not made at the precise time the original style was made, it is called Chippendale STYLE. Or, neo-classical STYLE.

Below is the widget. This was a fun one to put together. Please click on any image if you’d like to find out more. Some of these are one-of-a-kind pieces.

Most of these pieces were heavily influenced by the neo-classical period of the late 18th and early 19th centuries.

Below are some posts that further expand on the idea of classical home furnishings.

There are also some contemporary classics such as:

Please note: I’m working every day on the new Best of Etsy Guide, coming out next week.

Yes, I just did a post about 40 of my favorite Etsy shops for 2021. This guide will have at least 100 sources, and I think more because I’m almost at 100, and I still have several shops I want to include.

Over the past several years, every time I find a shop I like, I make a note of it. Some of the shops go out of business. And, some of them had great merch at the time, but not so much now. Therefore, I’m constantly editing my list. Plus, I’m constantly finding new and terrific shops to share with you. Well, I could’ve kept going. There are 100s of classic and timeless home furnishings. The idea of this exercise was to choose items that you hopefully won’t think of ten years: “ugh, what was I thinking?”

This neo-classical style has been my favorite ever since beginning design school in 1988. One of my first assignments was to design a room. I had no idea where to begin. So, I went to the library and got a book. Somewhere in that book, I found it. It was in this style. The space was beautifully symmetrical and filled with shades of green. At the time, my design idols were John Saladino, Victoria Hagan, Stephen Sills, and Vicente Wolf. Well, they still are to this day.

Please check out the new Holiday Shop 2020 for holiday decor and gift ideas for just about everyone.