Did You Say Enfilade? On Fill What?

Hope that you had fabulous holidays.

Today is a pretty easy post that I hope that you’ll enjoy.

It’s all about something called an Enfilade.

For those that don’t know what it is, it’s when the doors all line up to create a passage that goes from room to room.

What differentiates it from a hallway, is that there is an actual door or doorway.

There can be rooms on both sides or just one side.

Enfilades have been around for centuries and as far as I know began in Europe but that might not be true. You can read more about them here.

They were commonplace in castles and grand homes, especially in England and France.

You might say it was the “open concept” of the 18th century.

The higher your stature or connection to the homeowner, the further in you were allowed. Folks weren’t as hung up on privacy as we are. That started later, maybe in the 1800s.

But I also think that there were practical reasons for the enfilade.

Just depends on the situation.

Do architects still make use of the enfilade?

Absolutely! And we will see that later on.

But besides residential use, the system of the enfilade is very popular for museums as it facilitates movement of large numbers of people.

The enfilade as we will see goes from very plain to very ornate.

Let’s take a look at some enfilades. The grand daddy of all enfilades is probably this marble clad wonder at Versailles.

There is info about the book in the link. Chatsworth has been home of the Cavendish family since the 1550s. Very interesting and tons of info in the link above. 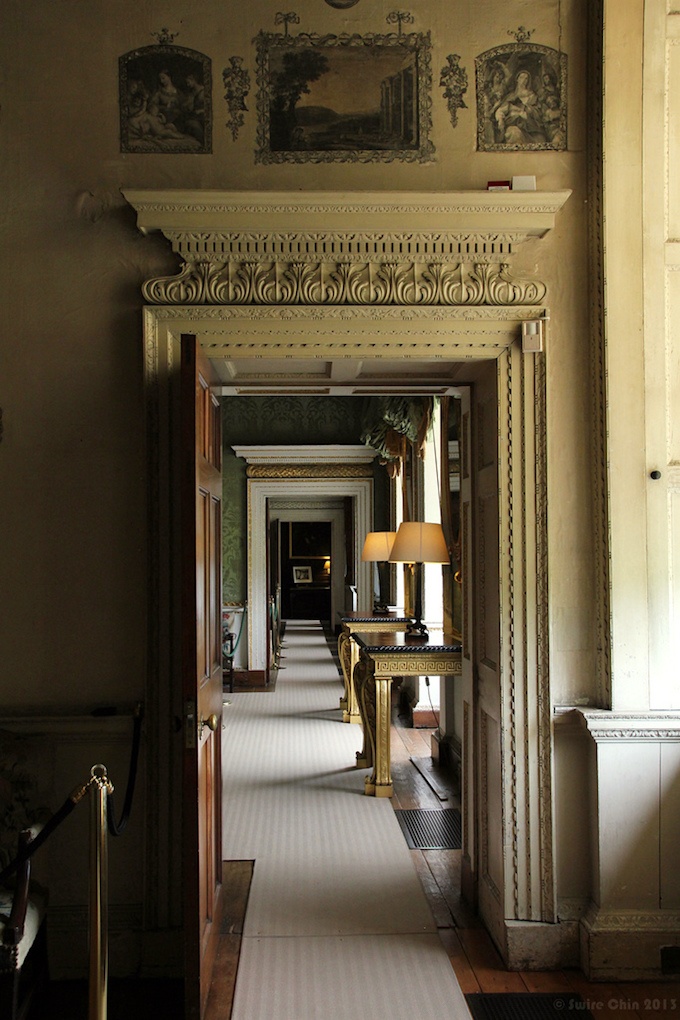 rather plain and austere but I love that scrubbed look.

Whoa, that might be a little TOO decayed, even for me. But the potential is there.

A Fabulous Enfilade at the Compiègne Castle, Picardy, France 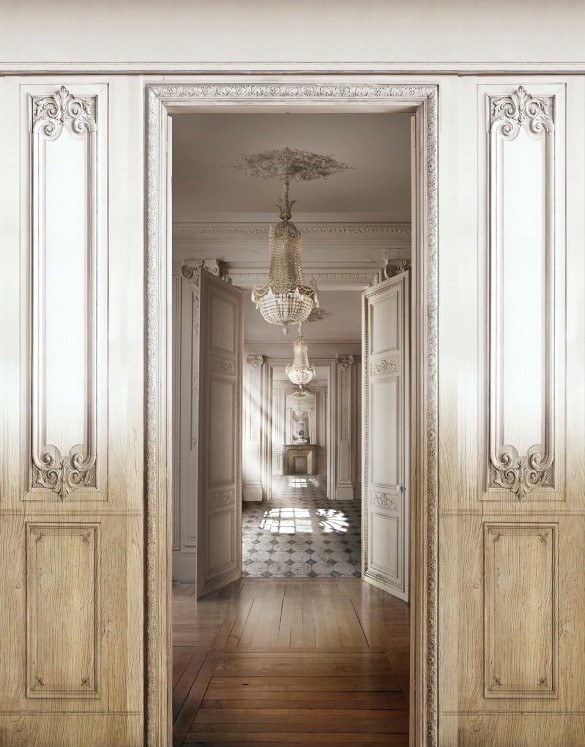 Well, isn’t that another  French beauty!

And this one too! You can find out all about here, the company’s name is Koziel

Is that mural exquisite or what? 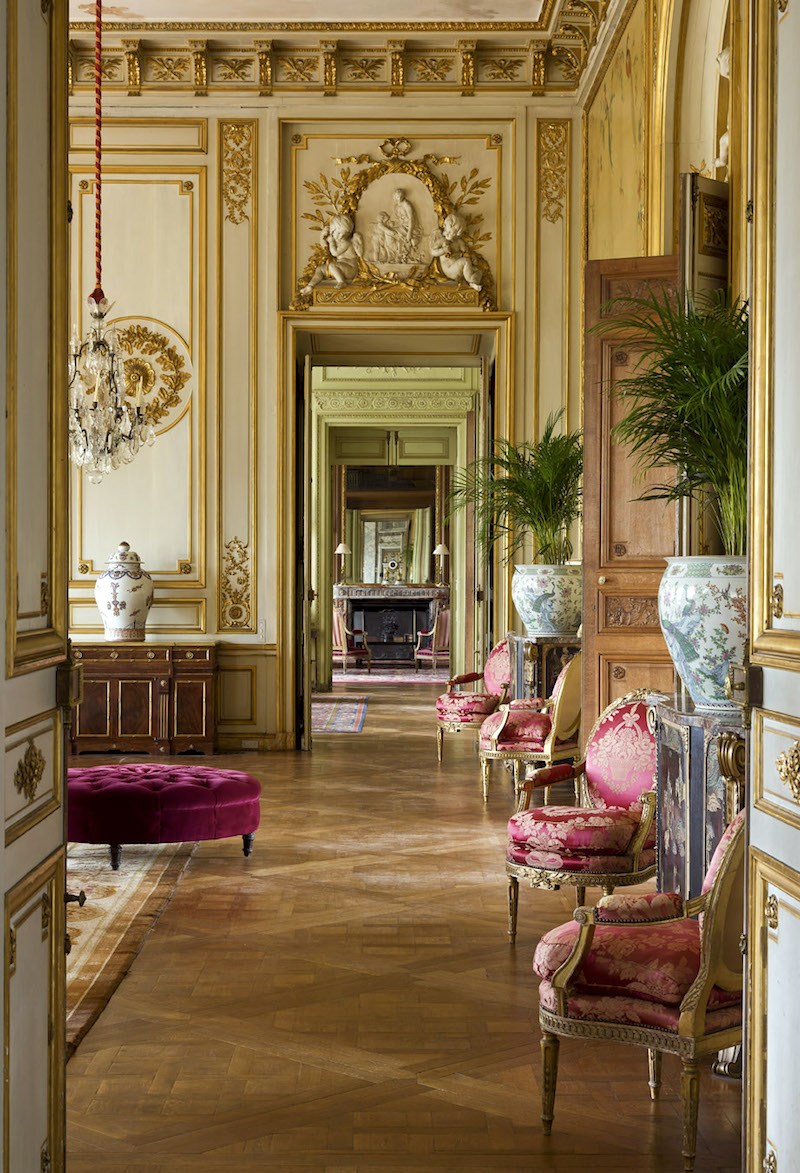 Well, I’ve been saving this one! You might recognize the home as the Bronxville home of a lovely family of six that loves to entertain.  Because I noticed right away that they have a three door enfilade which I don’t commonly see. Wallpaper from Cole and Son.

By the way, I just happen to have a before shot. Or rather, in progress shot. I took this from the entrance hall, not dining room, obviously. You can find the source if you click here.

You might also find an enfilade in a garden if you’re lucky! From My trip to England. The exquisite Laskett Gardens! An enfilade of garden doorways at Tuinzondernaam the gardens of Frank Thuyls and his late partner Pierre van Kol. Via JennyRoseInnes on instagram. And via Henhurst (Phyllis Higgerson) on Instagram. An enfilade, a breezeway and in the far distance an aqua loggia. All related. So incredibly beautiful!

And I could keep going. There are a lot of fabulous enfilades out there, but many of the images are not even close to being up to snuff, so they didn’t make the cut.

Now, I realize that I haven’t said anything about painting on wallpapering or rules of thumb. But please feel free to ask away in the comments!

PS: Don’t forget to check out the hot sales pages if that interests you.