That is… black and blue [color scheme] and brown and white too. That was the color scheme I was referring to in my last post that I said I would be talking about next. Oh wait. You were   worried that I might be hurt?  Well… that is a different blog! ;]

I think that nearly every space needs some black, but there’s something about a black and blue color scheme that I find particularly beautiful. First of all… it’s enigmatic. Mysterious. It’s cool and incredibly chic and sophisticated. True story about a black and blue color scheme.

Several years ago a friend very excitedly wanted me to visit a home that he and his team had decorated. It was for his boss— a dude who has written a lot of really well-known tunes. [no names please] None of these people were professional interior designers, however, what they had created was one of the coolest homes I’ve ever seen. The entire place was dark blue, black, brown and white. The kitchen was the only room that was all white with a brown floor. There was a circular space with little white lights in the navy ceiling that looked like stars in the sky. The bedroom, was so incredibly handsome, I would’ve run away with it forever if it had asked me.

So, it is in the spirit of my memory of that gorgeous and unusual home, that I’m going to present ideas for decorating with blue (mostly dark blue and navy), black, and brown and white. Some rooms may not have all four elements. Some rooms might actually be black, but they look navy.

As a designer, I’m totally drawn to these spaces, but don’t know if I have the nerve to do it for myself. Maybe one day.

The first three photos are rooms done by Windsor Smith The next three images are by Victoria Hagan The next three images are by the fabulous Canadian designer, Tommy Smythe. Tommy is better known as the sidekick of HGTV design star Sarah Richardson, however, he’s a pretty kickass designer in his own right. 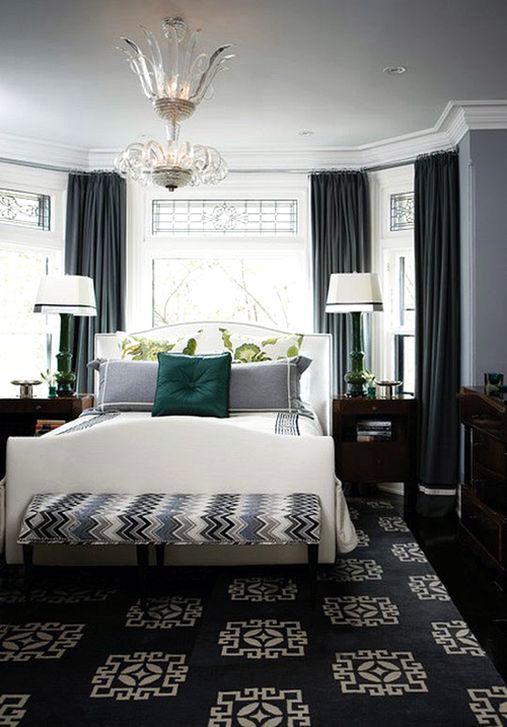 I adore this very handsome bedroom! I think that pop of teal is what really makes it all sing! 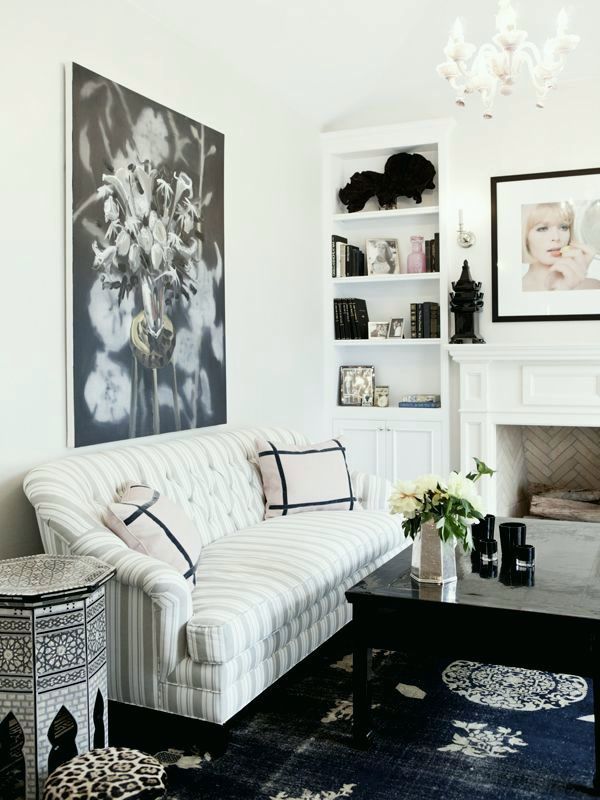 I realize that I posted this one recently, but it’s just so cool, I had to again! That black cabinet is to die for! 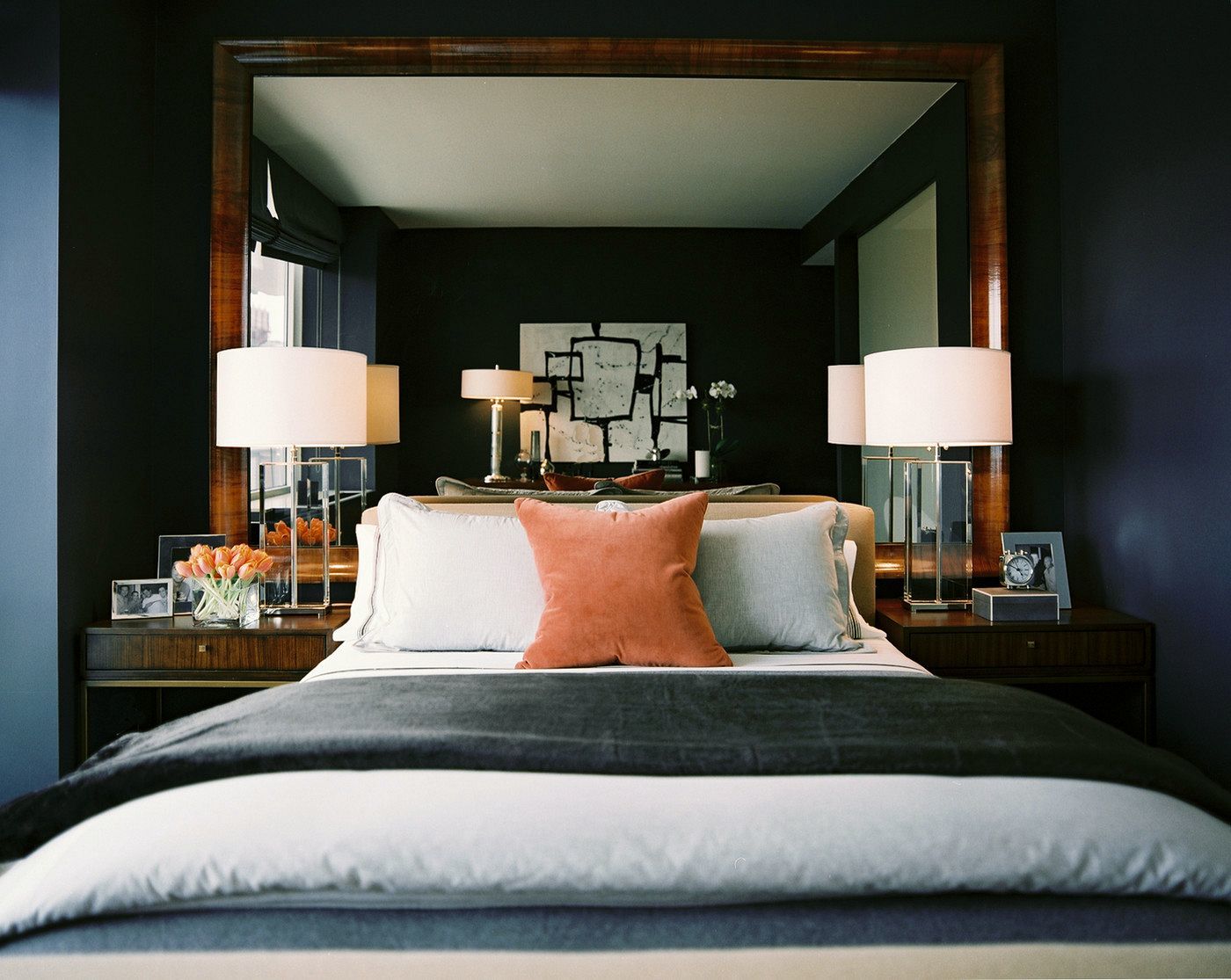 And tell me, who doesn’t adore this incredible room by the awesome Amy Morris for the Atlanta Show House!

Black and Blue decor is one of my favorite color schemes.