My Big Move To Boston – Snowed Out!

Well, as many of you already know, the highest concentration of people (about 45 million) in the US are about to get hammered with up to 18″ of snow.

I say, “they say” because “they” have been wrong more times than I can count. And, it’s usually in favor of less snow than they predict. However, I can recall one time where we got hammered with more than two feet. Remember the early January blizzard of ’96?

For my southern readers who aren’t familiar with how snow operates. If there are windy conditions, and usually there are, the snow doesn’t just fall in an even blanket.

No. You can have a few inches in some spots and then drifts measuring in feet, not inches.

Major snowstorms over 12″ deep are not terribly common in the New York City metro area. Oh, we do get them. But, not every year. However, the legendary areas south and east of the great lakes are known for their massive dumps of “lake effect” snow, measuring in feet, not inches.

I’m not moving tomorrow, the 16th.

Here’s the problem. There shouldn’t be a problem moving to Boston and unpacking my stuff inside my apartment. However, the guys have to drive back, and they probably won’t be on their way back until about 4:00 PM, at the earliest. They will be driving straight into the storm and may also hit some ice, plus 45 mile an hour winds, higher gusts, crazy drivers, poor visibility.

It’s not safe. There will be accidents on all of the highways. Or, at the very least, vehicles getting stranded for hours.

One of my favorite posts describes pretty much how I feel about winter and a glimpse of what it looks like some years in late MARCH. However, there have been some wonderful moments during preparations for my big move to Boston.

The other day, the most amazing thing happened. A soft-spoken, friendly, young man stopped by to drop off some special mover’s paper. This stuff is amazing, by the way. I asked him if he could put together the remaining five small boxes. No problem. He was on the task. It took him about 5 minutes to do them. It would’ve taken me 50, along with a lot of swearing. Haha.

And, then he asked me if I was giving anything away.

Was I giving anything away?

So smart. Of course, I’m giving stuff away!!!

I said, “Yes, over there,” pointing to a pile of clothes, shoes, etc. A few of them still had the tags on! (mistakes). Some I had only worn once or twice. “That’s the pile for Goodwill. Please help yourself. In fact, I’d be thrilled if you took it all. Would you like a large garbage bag to put it all in?”

I went to grab his tip and met him in the entry of my apartment.

(yes, we both were wearing masks the entire time.) I handed him 20 bucks for his trouble. And, he said “thank you” as if I had just handed him the keys to a new car. Okay, that’s a bit of an exaggeration; however, the look in his eyes of gratitude as he sheepishly told me he took everything was something I’ll never forget.

We both scored. He got a bagful of things he can give as gifts or to people who sorely need those things. And, I got all of that taken off my hands. It was a huge relief!

Alas, my brief delay in the move to Boston is really nothing in the scheme of things.

Sure. I’d love to get a pic of the CommAve Mall lights through the snowfall– a slice of heaven on earth if there ever was one. But, the lights will still be there next week and so will the snow, probably. I’m just hoping that wherever I am on Monday the 21st, it’ll be clear enough at 5:00 PM to see the infrequent occurrence of Jupiter and Saturn appearing almost on top of each other. They say the two planets haven’t appeared this close together at a time of good visibility since 1226!

So, what have I learned from this exercise, getting ready to move to Boston?

Now what? When am I moving?

So, I found a different moving company. They were going to pick my stuff up on Friday and deliver it on Saturday. But, yesterday, I got nervous about the snow forecast, so now it’s Monday, they will pick up my stuff and Tuesday, deliver it to my new apartment.

I realize that this is kind of a non-post, but I didn’t want anyone to worry or wonder what’s going on.

In closing, I do have THE best news ever!

There is a parking spot for me directly behind my building. Yes, I have to pay extra for it, but it’s less than the cheapest parking garage, which is a 10-minute walk away. I can’t wait to take my own photos. Very soon!

I hope all are doing well and will stay safe in the storm.

***Also, please remember that you can get for free the new 150 Best of Etsy Home Furnishings Guide as well as 333 Rules and Tips You Need to Know – for FREE when you purchase any of my other rockin PDF guides or a combo of them – through December 30th, 2020: Laurel’s Rolodex – A unique shopping guide that shares hundreds of my favorite sources and especially for decorators and designers tells you the best sources that sell directly to the design trade. 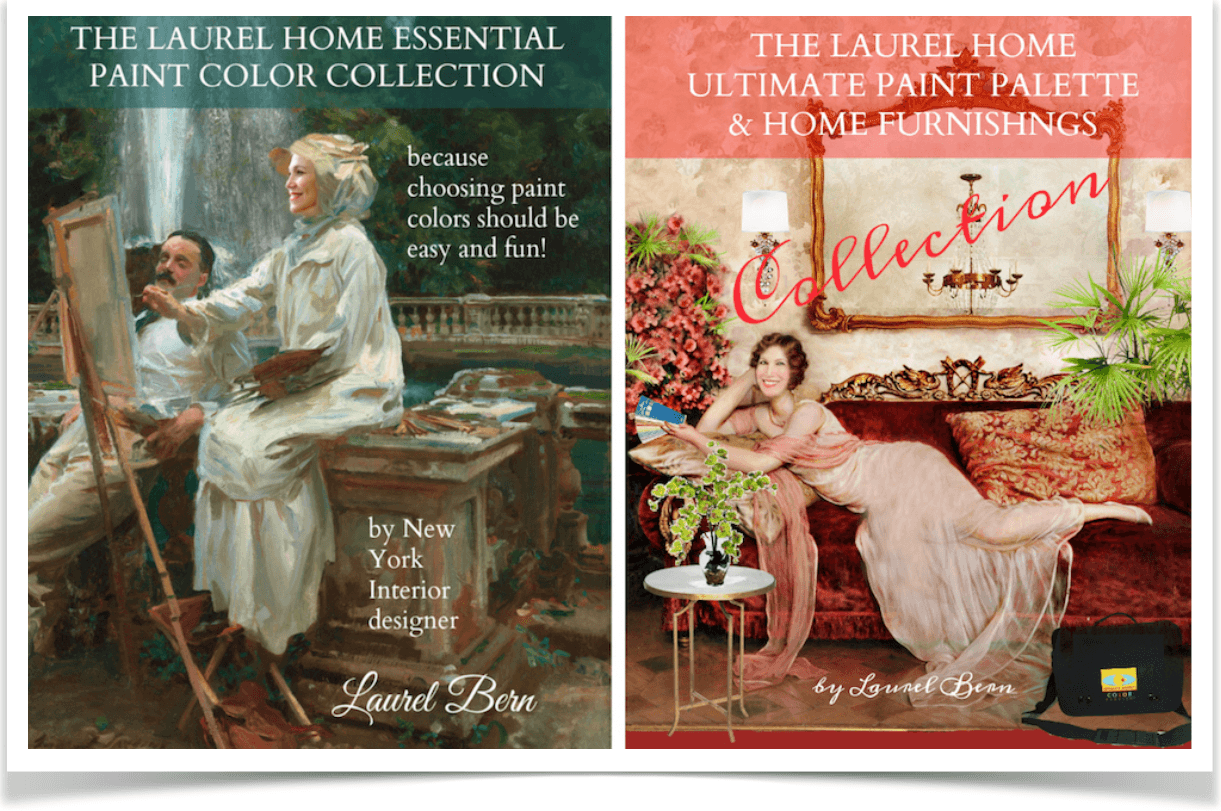 Six Figure Income Blogger. (This should be required reading for everyone who has a website and wishes to get the most out of it for their business) 333 Decorating Rules & Tips You Need to Know – You’ll get a free Etsy guide with this one. 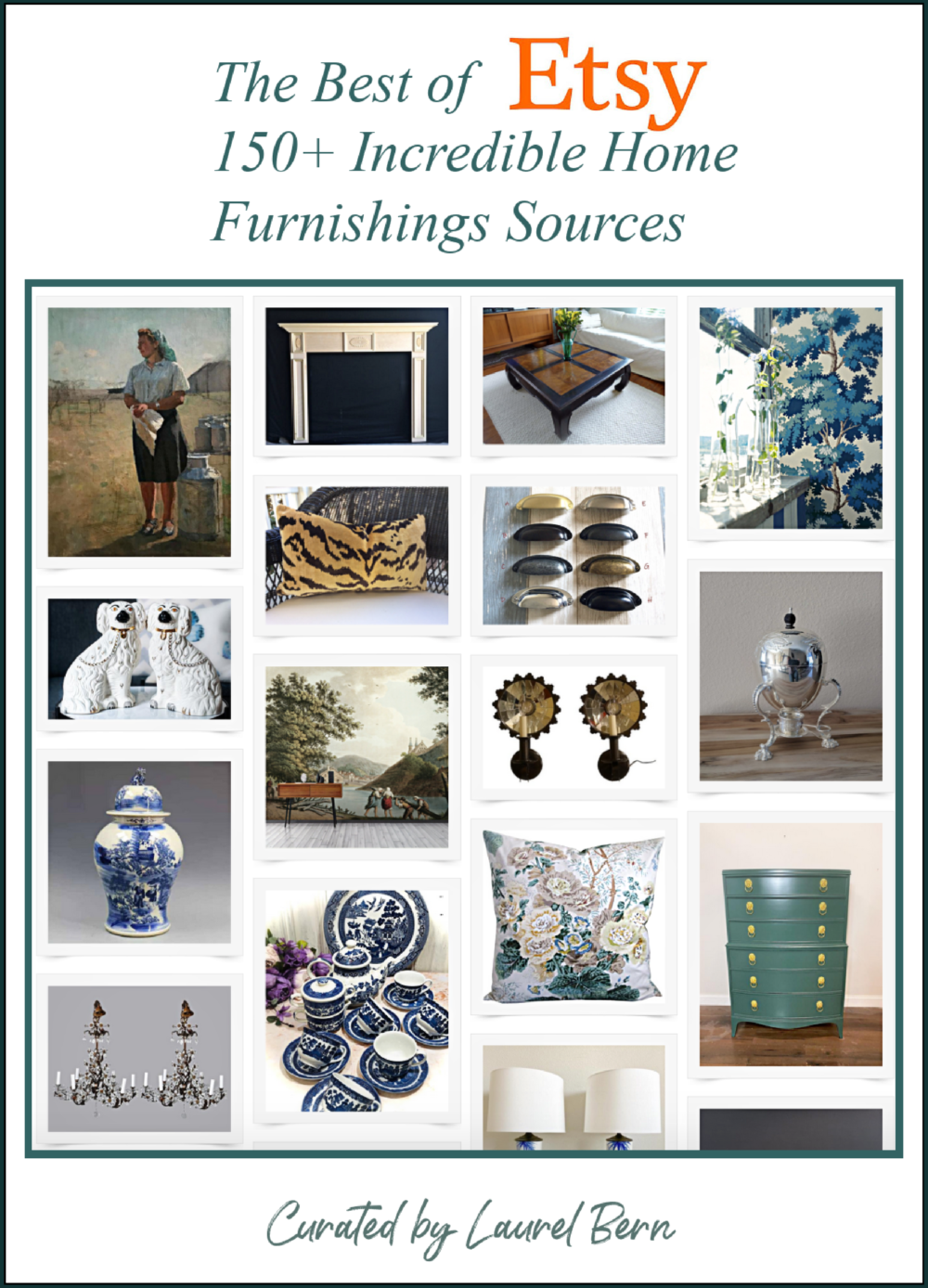 Or, order the Etsy guide on its own

Some prices will be going up on January 1st, and all free offers will end on December 31, 2020